Thought of the week: All good things must come to an end.….

3 Comments on Thought of the week: All good things must come to an end.…. 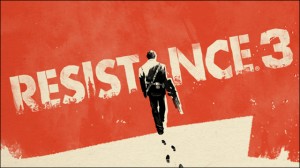 I’m grow­ing tired of typ­i­cal end­ings. The hero’s are always vic­to­ri­ous, sac­ri­fices are rec­ti­fied, and every­thing is hap­py; it’s bor­ing and clichéd. There needs to be some cre­ativ­i­ty in the con­clu­sion of sto­ries. I am not say­ing that all needs to be dark, bleak, and at a loss of hope, though that is nev­er a bad thing; some­times there needs be more gained than a hap­py end­ing.

Enter Halo Reach. We all knew how it was going to end, if you had read the book or kept up with the Halo mythol­o­gy. Noble Six all fell in the line of defend­ing Reach, some in heart wrench­ing fash­ion. They suc­ceed­ed in their mis­sion of car­ry­ing Cor­tana to the Pil­lar of Autumn but Reach its self fell to the Covenant onslaught. Civil­ians died, the hero’s died, a peace­ful plan­et died. Dur­ing this death it gave birth to a hope, the hope that would come in the pair­ing of Mas­ter Chief and Cor­tana.

Enter the Resis­tance series. The Chimera invad­ed north­ern Rus­sia dur­ing the 1940’s and put an end to any idea of World War II, they con­quered Europe with only a small vic­to­ry gained for the humans at the end of the first game. At the begin­ning of the sec­ond game all hell broke loose as the Chimera set forth a mas­sive inva­sion and invad­ed the U.S.; bring­ing a dark out­look for the entire game. At the end of the sec­ond game the main pro­tag­o­nist, Nathan Hale, is killed as the Chimeran virus took over Hale and exe­cut­ed, leav­ing no hope to oppose the Chimera.

Resis­tance 3 is shap­ing up nice­ly as they are revamp­ing the mul­ti­play­er and sev­er­al of the games fea­tures that were gripped about in the sec­ond install­ment. One thing above all else I would like to see from this series, let the Chimera win. The first game in the series was dubbed “the Fall of Man”, so let it be. Let it be a good fight, but it all points towards a los­ing one. Insom­ni­ac has shown their dark side and inven­tion for unique weapon­ry in the Resis­tance series, which is a depar­ture from the likes of Ratch­et & Clank, which I love the Ratch­et & Clank; but I hope they con­tin­ue this trend with Over Stike. Would you like to see more games with less clichéd end­ings or is the stan­dard the good guys always win good enough for you?